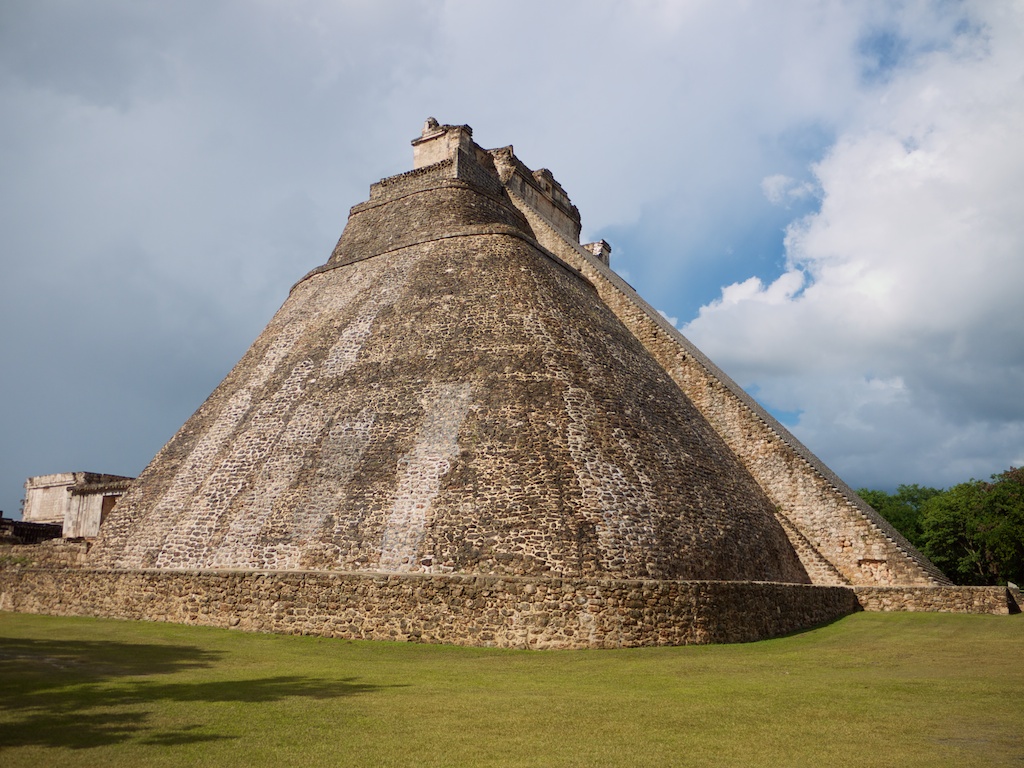 Uxmal is an archeological site located in Yucatan, 80 km south of the city Merida.

The site is part of the UNESCO World Heritage List.

The name means “built three times” in the Mayan language.

As a UNESCO site it’s one of the best restored examples of Mayan architecture, but not much was done in the way of meticulous archeological excavation, so there’s probably a lot information still missing regarding the date of the city occupation and the estimated population.

What we know is that Uxmal the greatest religious center in the area and had it’s peak during the classical period between the 7th and 10th century A.D. All of it’s buildings were erected and restructured over these periods, hence reflecting different architectural styles.

Mayan chronicles establish the year of foundation around 500 A.D.

The city was probably the capital of a regional state between 850 and 950 A.D.

The most visible building is the Adivino, also known as the Pyramid of the Magician. Constructed in the early Puuc style in it’s older phase, bare on the lower levels and ornate on the top, subsequently in later Puuc styles, using limestone and adding masks of the God Chaac and finally adding elements of Chenes design. 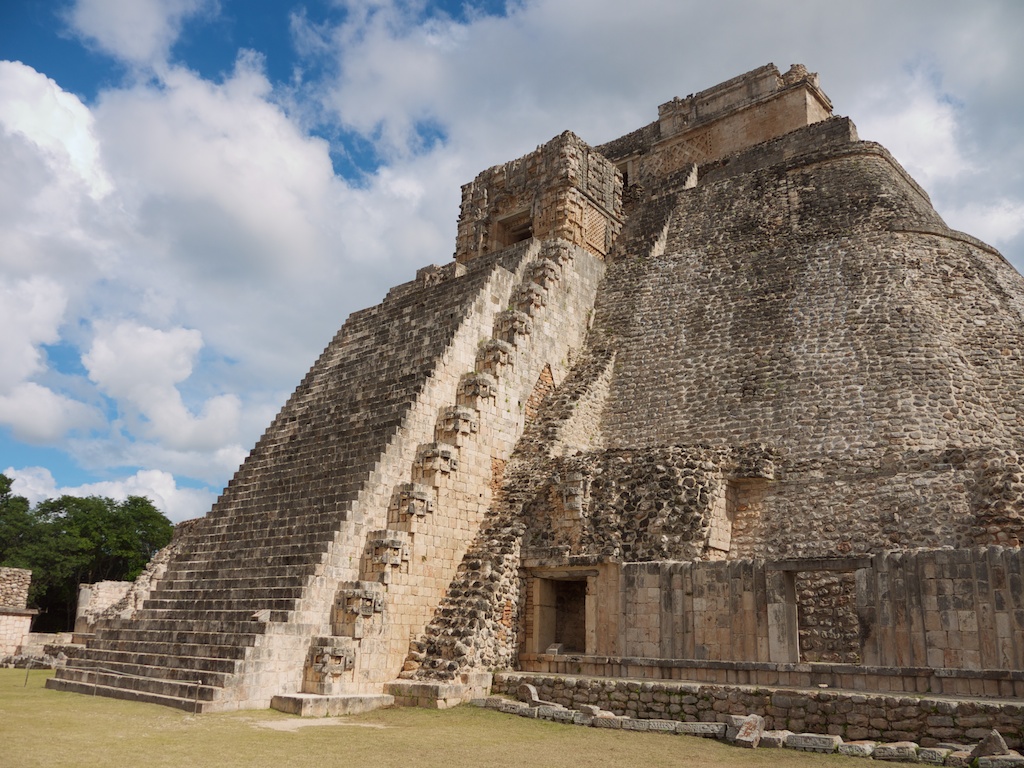 The Pre-Colombian name of the building is unknown, but the name Uxmal comes from Mayan folk stories telling a tale of a God Magician, Itzamna, who built the Pyramid in one night, using nothing but his power and magic.

The Nunnery Quadrangle a complex of 4 buildings nicknamed by the Spanish invaders, displaying finely carved facades and comprising 74 rooms. 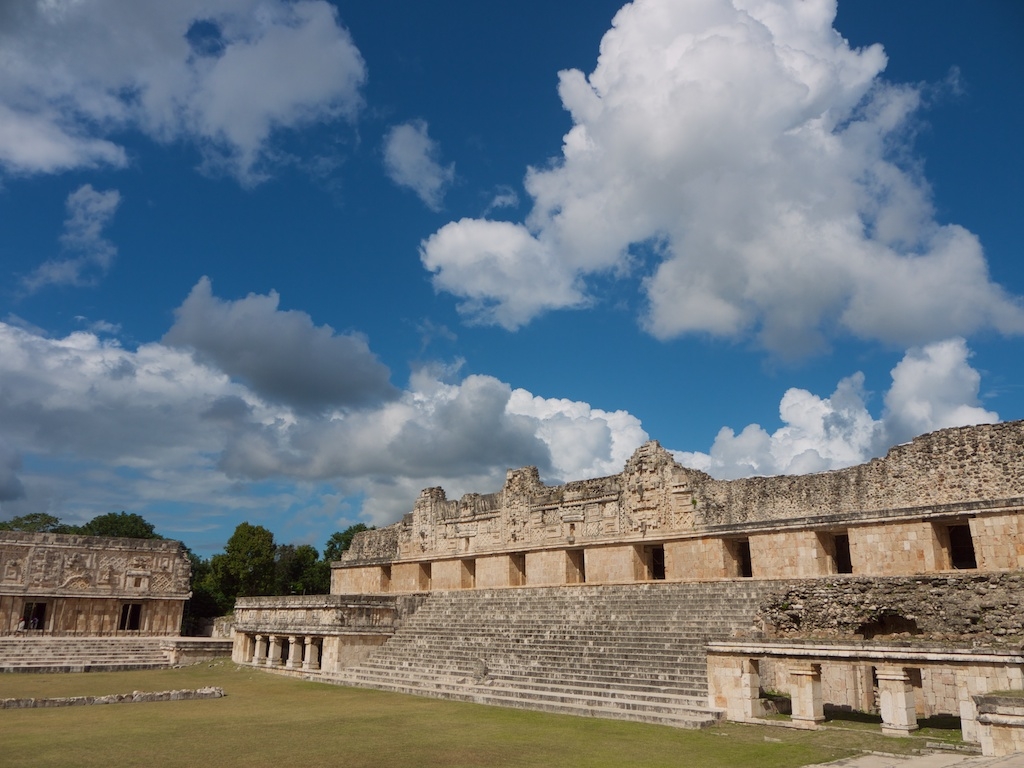 The Governor’s Palace, an elongated building on top of a big platform. 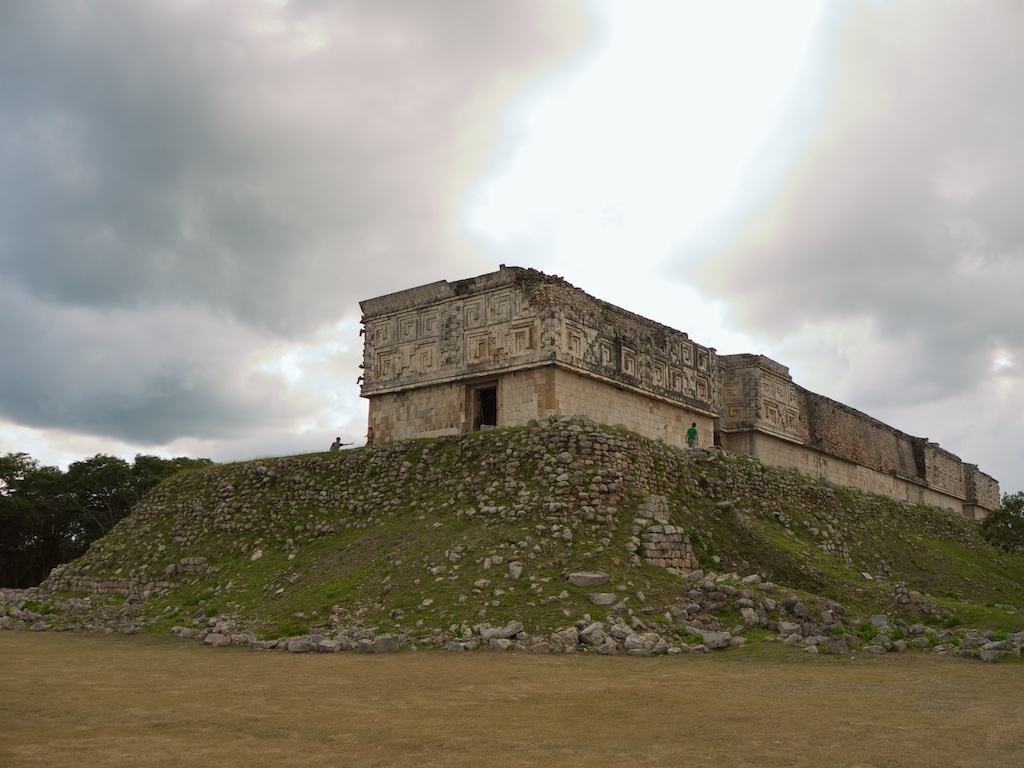 The Ballcourt used to play the Mesoamerican ballgame, an ancient sport practiced in Central America since 1400 B.C.

The original rules are unknown, but it’s evident that it was played striking the ball  with hips and sometimes arms, rackets or bats. It’s also known that the game had an important ritual aspect and was often involving human sacrifices. 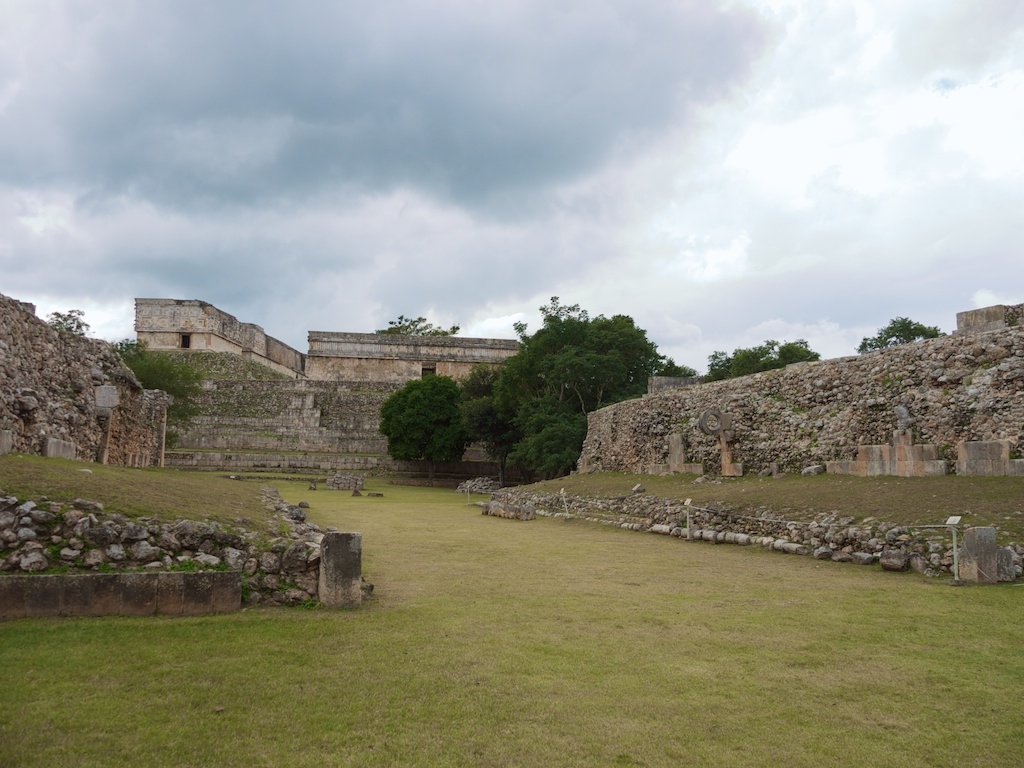 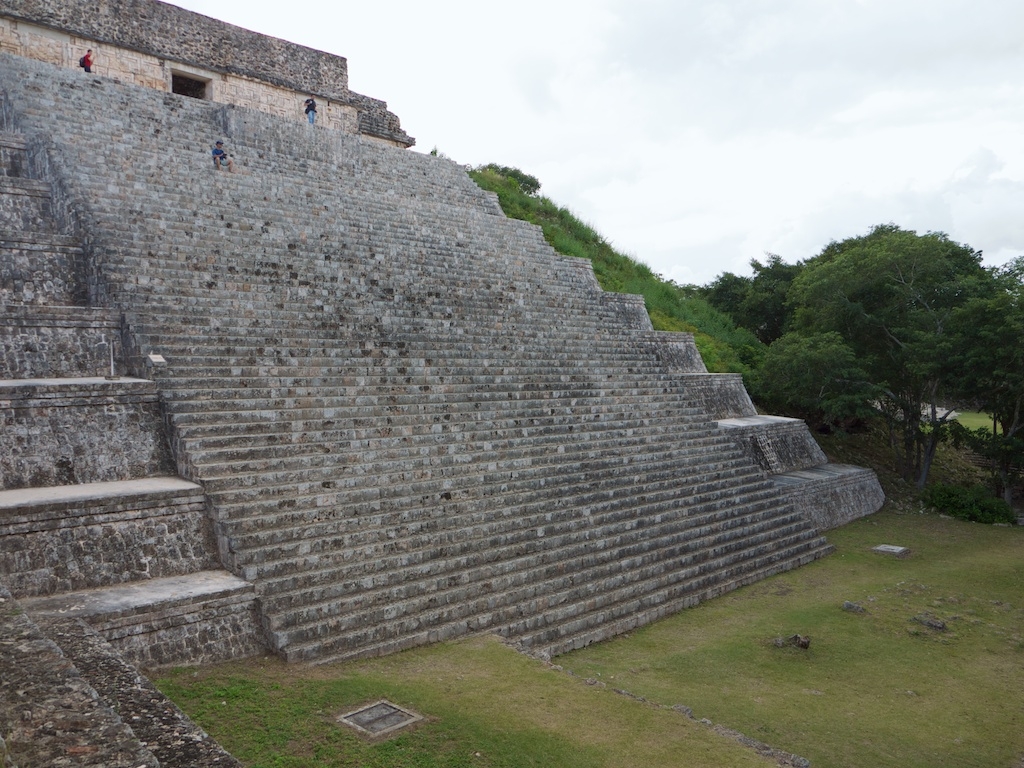 The House of the Doves. 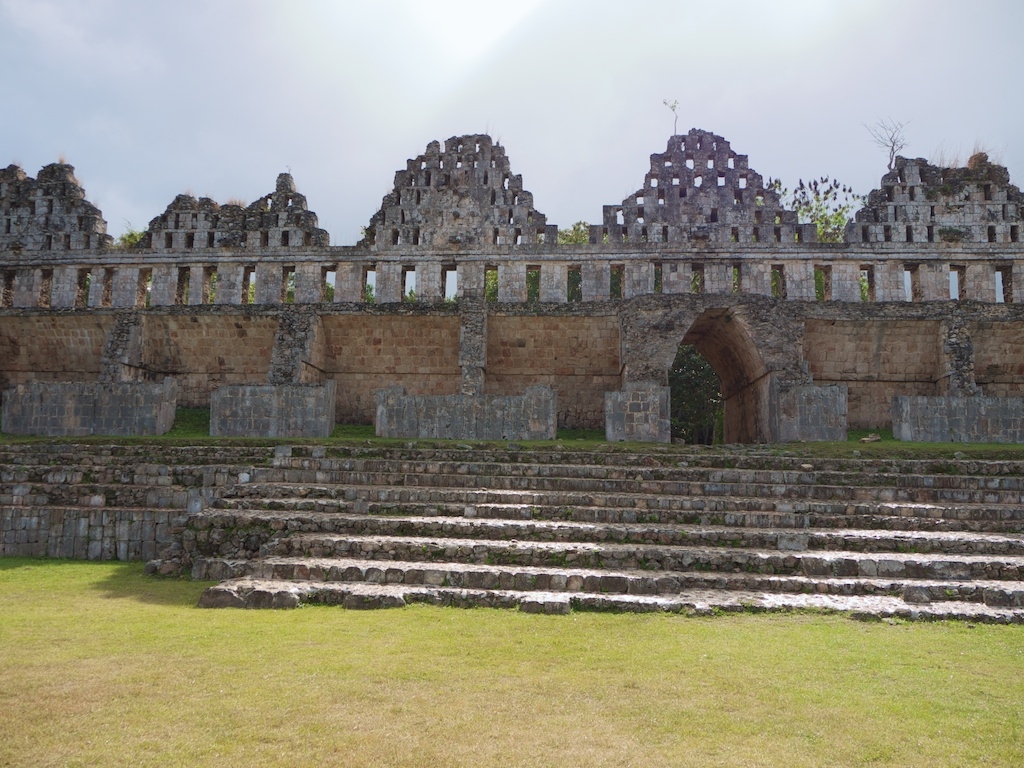 The drive from Merida to Uxmal is painless. From anywhere in Merida drive until you get to Hwy 180 and follow the signs.