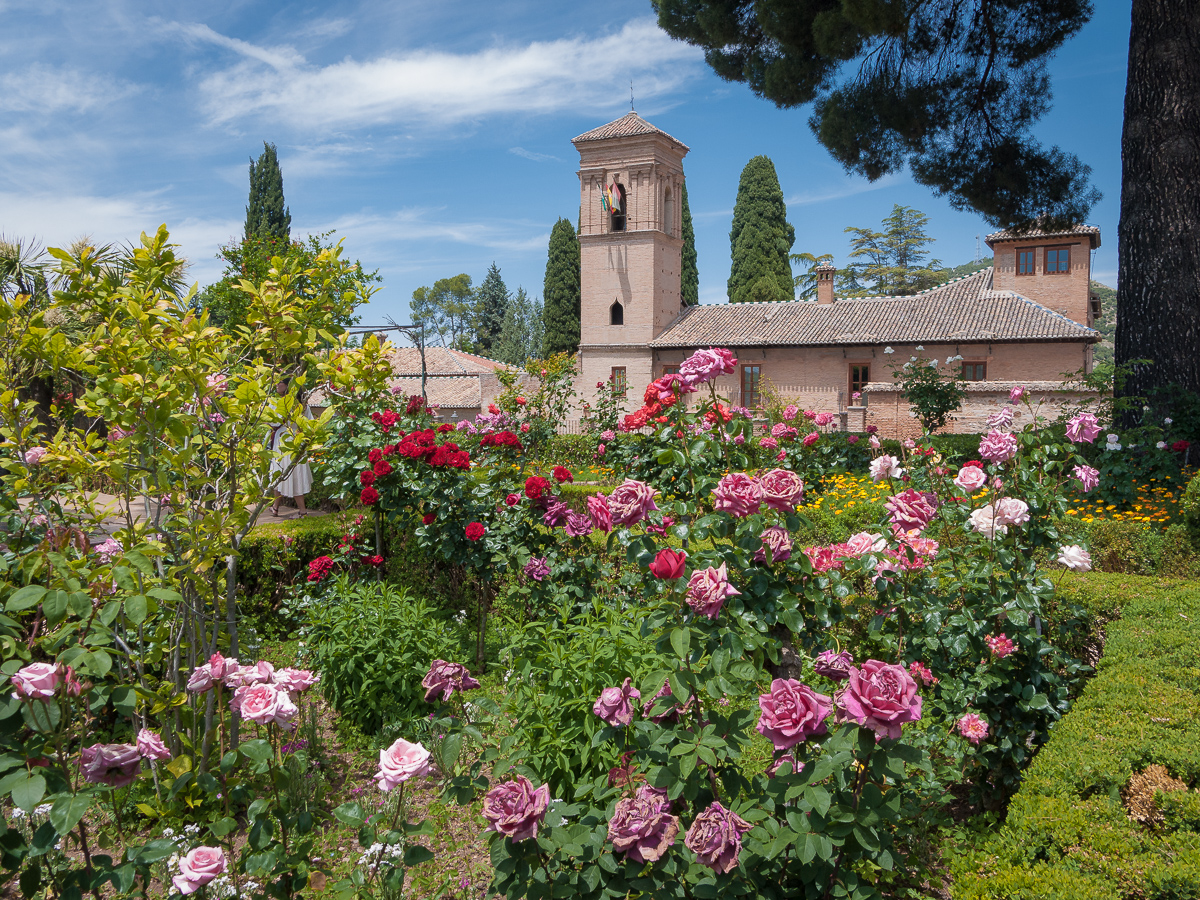 The name La Alhambra refers to a complex of palaces, gardens and a fortress in Granada, Andalusia.

The original construction of the fortifications begun in 899, was later abandoned and resumed in the mid 11th century by the Moorish king Mohammed ben Al-Ahmar. Yusuf I Sultan of Granada, transformed it into his royal palace in 1333.

The palaces hosted all the Muslim Emirs in granada and the Nasrid dynasty until the christian conquest, which happened in 1492.

The site is immersed in beautiful green gardens dotted with colorful flowers, oranges and myrtles and it’s one of the best examples of Spanish Islamic architecture. 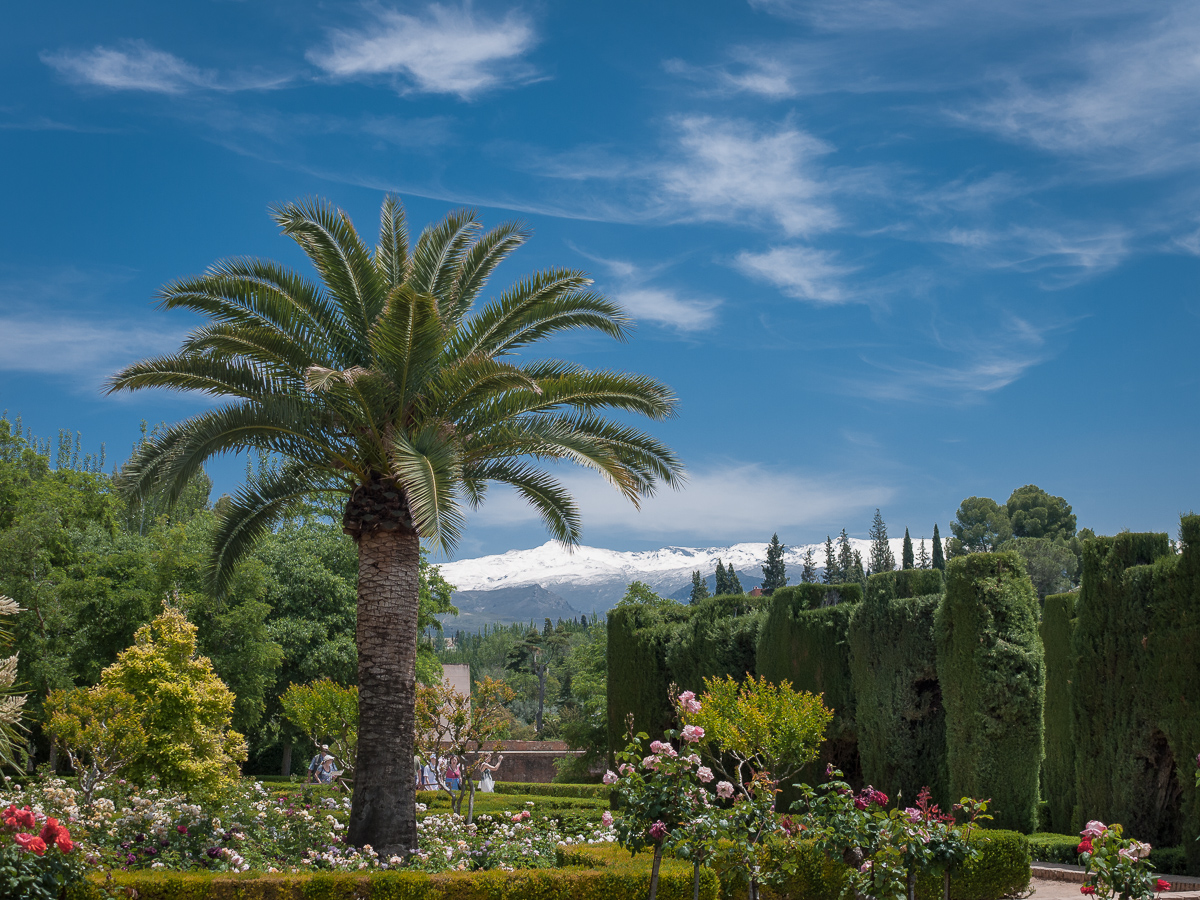 Beyond the alcazaba on the southern side we find the Charles V palace and on the northern side what’s known as the Alhambra proper, comprising the palaces of the Moorish rulers Nasrid Palaces. Further up east, the Alhambra alta, the original residence of the officials and courtiers.

The Royal complex is divided in three sections: Mexuar, Serallo, and the Harem.

The Serallo is instead much richer in his finishes, featuring colored interiors, dado panels and finely decorated ceilings called artesonado. The most prominent feature of the Serallo is the Patio de los Arrayanes (Court of the Myrtles). The reflective pool at the center of the patio helped cooling the palace and it was also a symbol of power;only  the sovran could afford the complicated technology to deliver water ,in short supply at the time, to the patio.

Next is the Torre de Comares, the big tower hosting the Salón de los Embajadores (the Ambassadors Hall). In this very room Christopher Columbus received help from the Queen Isabella and King Ferdinando to jumpstart his new world adventure.

The Palace of the Lions is next. Here the Nasrid art reaches the top of its expression. The geometrical patterns of the previous era are abandoned for a Christian influenced natural style. The peak is reached in the Patio of the Lions (Patio de los Leones) with its beautiful alabaster fountain.

Continuing to the Harem section we find the Sala de los Abencerrajes (Hall of the Abencerrages). The legend narrates that one young member of the prominent Abencerrajes family was caught by the King climbing the window of a lady of the royal family. The King enraged ordered a rival family, the Zegris to kill every Abencerrajes in the very hall that now carries their names.

Next is the Sala de las dos Hermanas (Hall of the two Sisters) The room features an incredible dome honeycombed ceiling, one of the highest examples of Moors stalactite vaulting.

The Palacio de Generalife is a villa dating back to the beginning of 14th century. The structure is separated from the main Alhambra complex. The villa was built under Muhammad III to house the Nasrid Emirs in summer time. The most remarkable features are the Patio de la Acequia (Court of the Water Channel or Water-Garden Courtyard), and the Jardín de la Sultana (Sultana’s Garden or Courtyard of the Cypress), the oldest surviving Moorish garden. 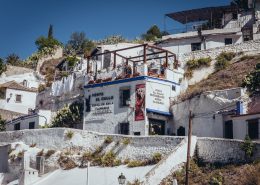 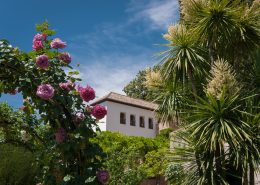 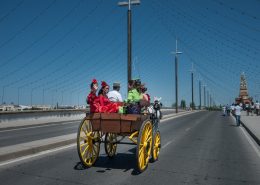 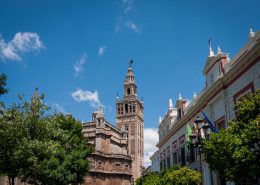