The Plaza De Espana was built in occasion of the Ibero-American Exposition of 1929, under king Alfonso XIII. The Expo was a fair where every Spanish region and Portugal, the United States, Brazil, Uruguay, Mexico, Peru, Argentina, Chile, the Republic of Colombia, Cuba, Venezuela, the Dominican Republic, Bolivia, Panama, El Salvador, Costa Rica, and Ecuador were represented.
The huge semicircular square sits in the park Maria Luisa, the main park in Sevilla, stretching along the river Guadalquivir; it was designed by Architect Anibal Gonzalez to showcase Spain’s industries and technology during the Expo. 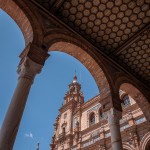 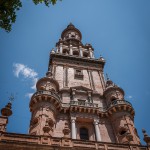 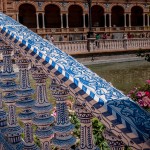 The main building in the square hosts several Government offices, on the outside the tiled alcoves represents each Spanish province.
It’s a tradition for Spanish tourists to have pictures taken in front of the alcove representing their native province.

The grandest mansions built for the fair at the end of the park are home to several museums.

The complex is decorated with thousand of Azulejos, painted ceramic tiles typical of Sevilla. 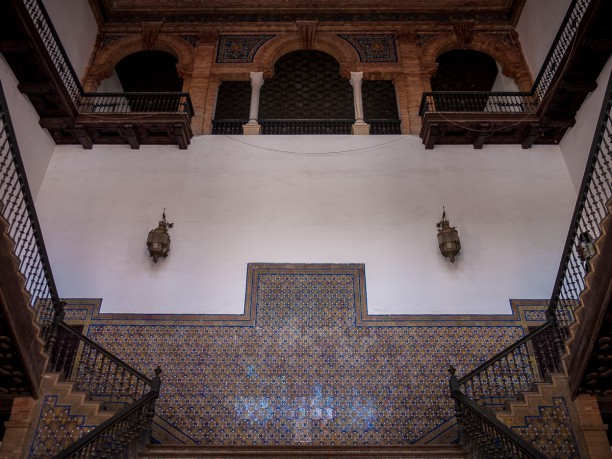 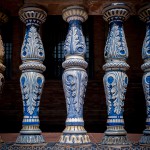 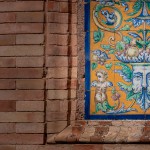 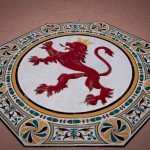 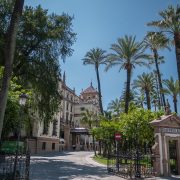 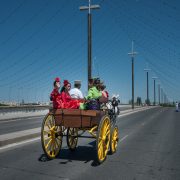 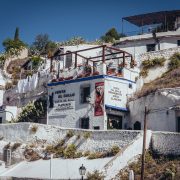 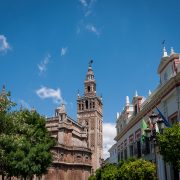 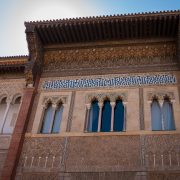 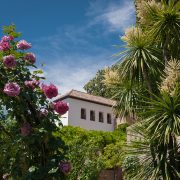